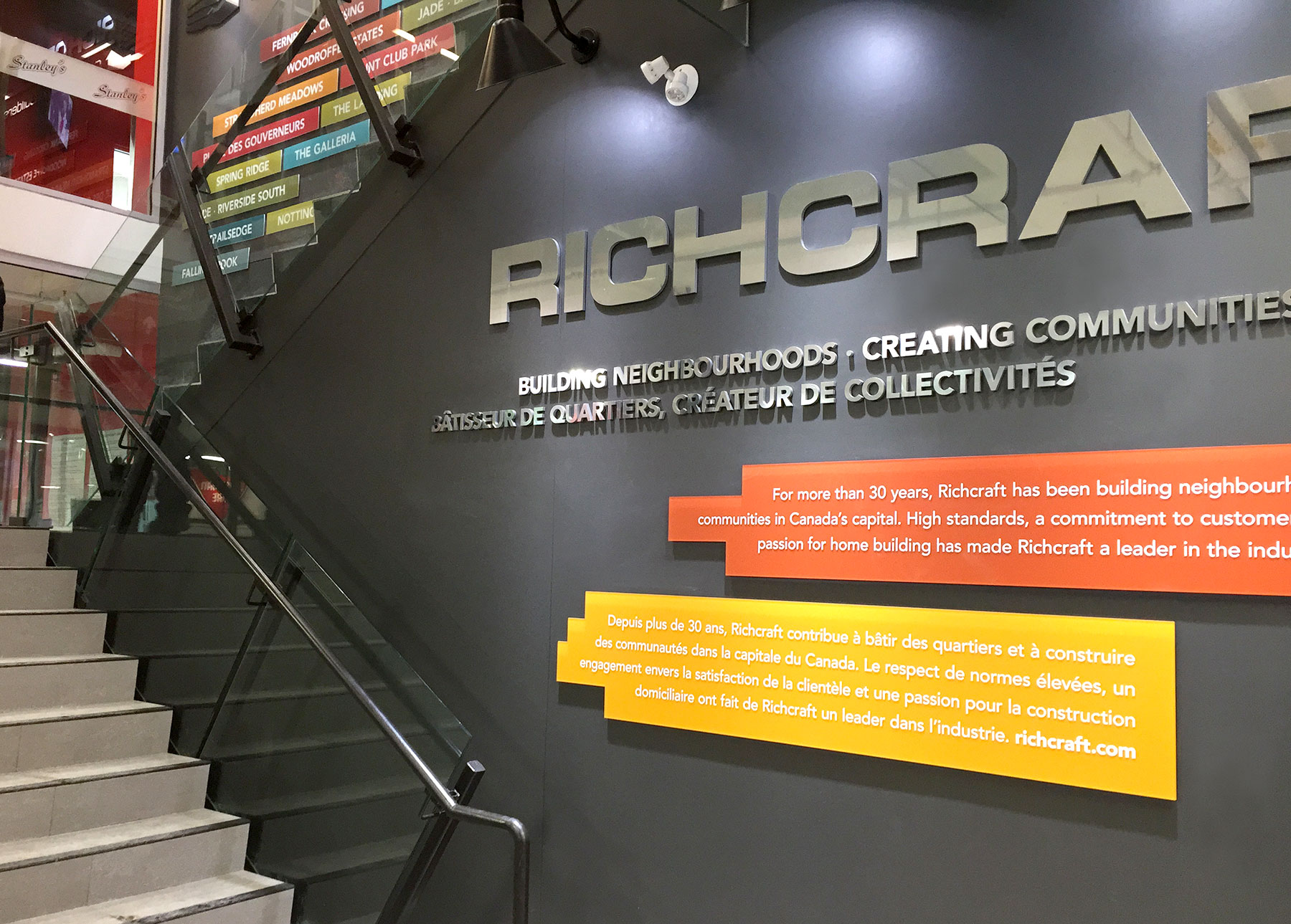 The Richcraft Sensplex is a new, state-of-the-art, indoor multi-arena complex in Ottawa. Aware that their success is due to the loyalty of their customers, communities and partners, Richcraft wanted to say thank you by giving back to the community.  A permanent sponsorship wall was created for the environment to highlight The Richcraft Group of Companies as title sponsor for the facility. 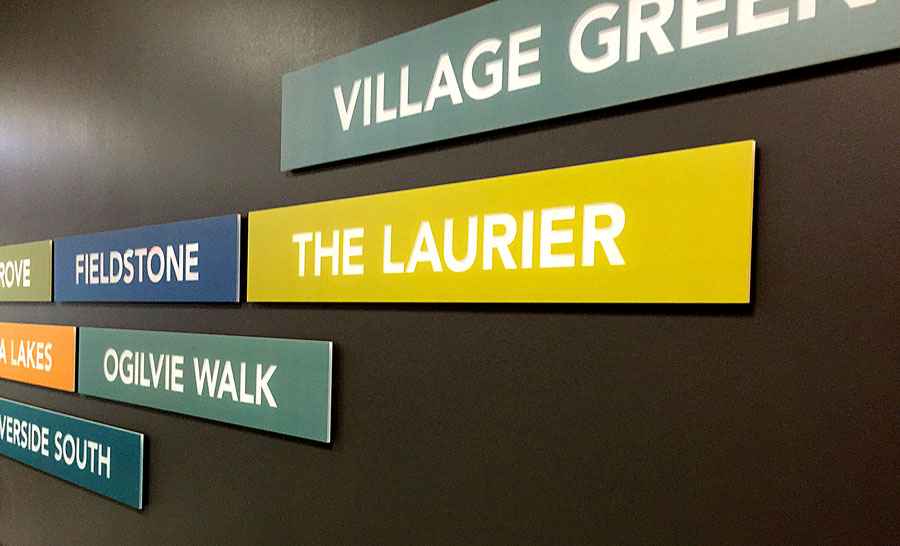 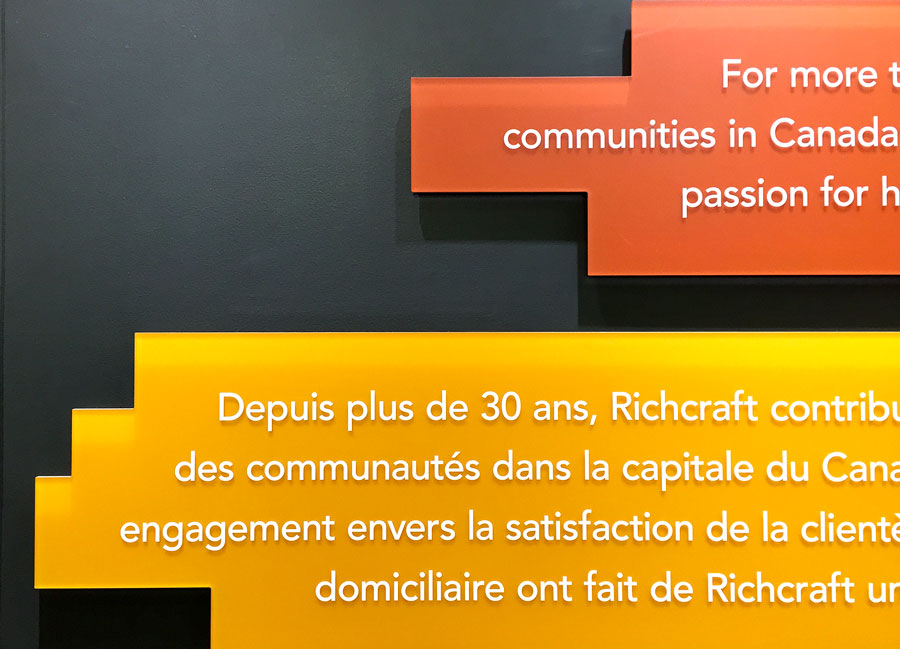